A visit in the Russian Embassy 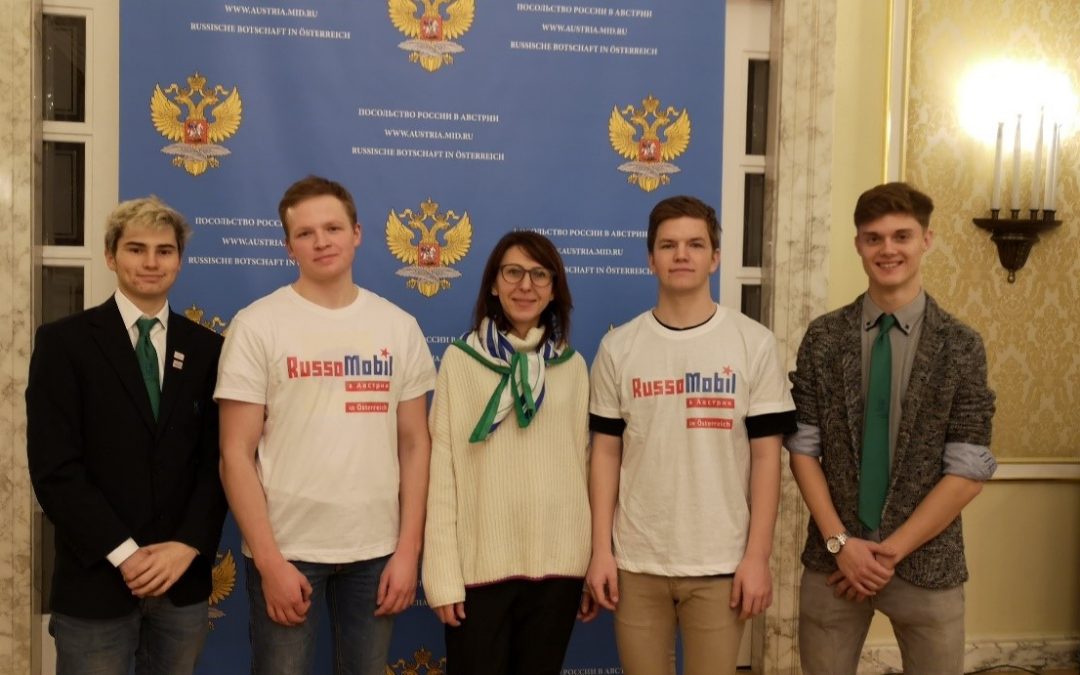 It was a very strange start of the week, as our class teacher asked the Russian-learning students of our class if we wanted to attend a presentation by “RussoMobil”. Only in the course of the talk, we found out that it was held at a very special place, which none of us would have expected – the Russian embassy.

Attracted by the chance to find out if it was as beautiful as my class teacher described it, my classmate Jan and I accepted the invitation.

A few days later, in the evening of the 12th December, we were waiting in the freezing cold at a train station, dressed in a thin shirt and suit vest, waiting for our train to arrive. After an hour and a half ride and a short walk, we arrived at the Russian embassy and entered its gates. I wouldn’t call myself an expert on interior design, but our teacher was right about the beauty of the embassy – it was very impressive and worth a visit.

A quick security check later, we were hanging our coats in the nearest cloakroom and inspecting the various paintings and photographs of previous ambassadors. About ten minutes before the presentation started, we stumbled into the room where it would be held soon. A good number of visitors were already in there and talking with various people in Russian. In the center of the room stood a long table covered with different plates of food ranging from fruits to baguette with cheese, fish or meat. Drinks were served in a smaller, second room.

Finally, the Russian ambassador tapped his mic and the conversations stopped slowly. After a quick greeting, the guests from “RussoMobil” were introduced. The ambassador talked about how Russian is already learned by many students in the German language area and that this number will keep rising.

To help gain more interest in the Russian language and culture, the project “RussoMobil” was created. It is a small, but mobile Language- and Culture-office dedicated to take the fears and biases of students about the Russian language and motivate them to learn it in the future. The teachers are also being supported with new materials and more. Austrian students, who are learning the language for a while, like my class, are being visited by “RussoMobil” to motivate us and keep us interested in picking up this language. The students of 5IDM/M/TGM and 2JPK/TDMB had two interesting lessons with them on the 17th of January.

A few teachers, who were working with the project before, also had a few things to say on their experiences with this program and, to make it short, were overall very happy to have agreed on taking part in it.

After the presentation was finished, we stayed for a few minutes, since we had to wait for our train to arrive. We decided to exchange a few words with the two German Russians representatives of “RussoMobil”, grab a few snacks and then leave the embassy. Even though we had some trouble here and there following the words of the ambassador, despite the translator, it was very interesting to learn about this program. The world is getting more and more globalised every day. Projects like “RussoMobil” help blur the lines of countries and connect people through language.